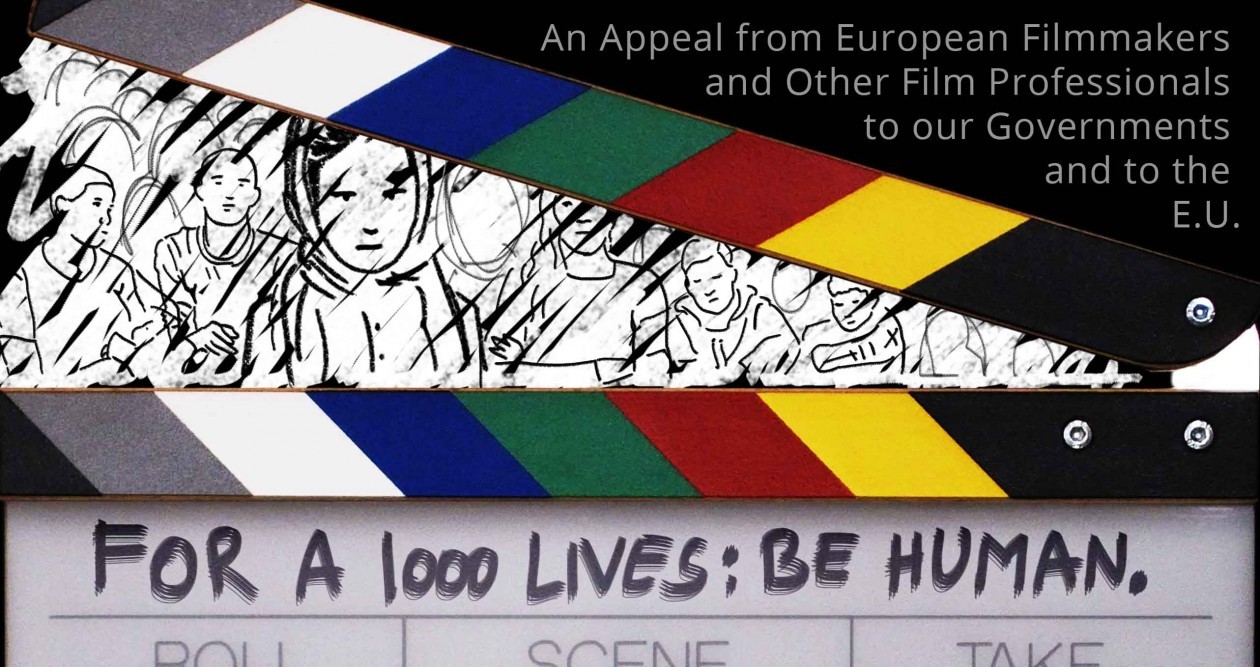 An Appeal from European Filmmakers and Other Film Professionals to our Governments and to the E.U.

Every day, people fleeing war, terror, political persecution and misery are drowning in the sea, suffocating in the back of a truck or tumbling to their death in ports or train stations in their desperate attempts to reach Europe.  According to Amnesty International, more than 23.000 people have lost their lives that way since 2000. These deaths are a direct consequence of E.U. immigration policies. The guilt doesn’t just lie with the traffickers; Europe cannot deny its share of responsibility.

To make matters worse, those who reach Europe often find themselves in degrading living conditions and are subjected to inhumane treatment. The E.U. is spending up to twenty times more money on border control, than on welcoming centres for refugees.

The past tragedies have already led to a change in attitude for many people as can be witnessed in countless acts of personal compassion as well as public demonstrations of solidarity. Sadly, most official politicians seem to be all too slow in accepting the existence of a humanitarian crisis and finding life-sustaining solutions.

We, the undersigned professionals of the European film industry want these deaths to stop. We want to remind you that the European Union was founded “on the values of respect for human dignity, freedom, democracy, equality, the rule of law and respect for human rights, including the rights of persons belonging to minorities (…) in a society in which pluralism, non-discrimination, tolerance, justice, solidarity and equality between women and men prevail.” (Article 2, Treaty on European Union 2008)

We appeal to our governments and the E.U. to take immediate action to place these values at the core of their asylum politics:

Europe must act now. Let’s not risk another life. I, the undersigned, appeal to my national government and the European Commission to implement the measures listed in the enclosed plea in order to end the shocking deaths of refugees and to handle the humanitarian crisis in accordance with the basic values of the European Union.

For a Thousand Lives: Be Human.